Erin had her 8-week sonogram today. As I messaged to The Foof and Gregg afterward:

Operation Nipper: Lima Bean Phase is a GO; I repeat, we are GO!

If you’re wondering if I’m going to be that insufferable motherfucker who constantly posts shit about his wife’s pregnancy: Yeah, probably.

I’m all up in this shit.

Going to Corpus Christi, Texas for the next week.

The biggest mistake in the entire process of making our own beer was naming it improperly. We should have named it: 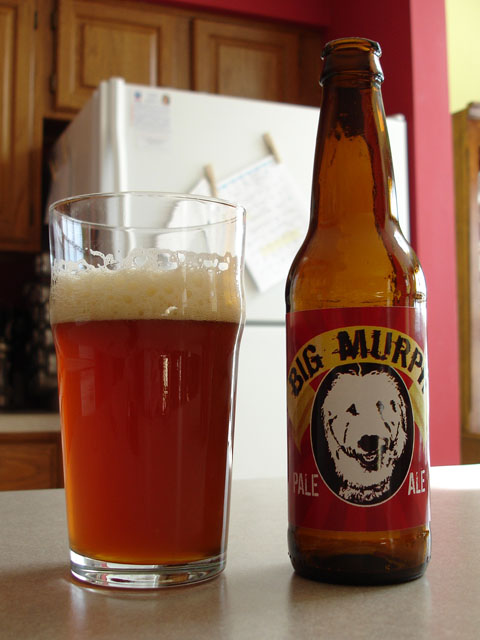 We bottled the Murph yesterday. Gregg came with us to check out the joint, and lend a hand on the assembly line (photo). It took us 2 hours to wait, wash and bottle 4 cases of beer. Compared to the other bottlers, I think it’s safe to say we were a model of efficiency.

Multiply by 1.05 (mass ratio of CO2 to ethyl alcohol) = mass of alcohol per liter

ABW divided by density of ethyl alcohol (which is 0.79 kg/L) = alc. by volume

I wonder why the discrepancy in the worksheet provided by the brewer exists?

As for the beer itself, it’s kind of sweet, medium hoppiness with only a hint of bitter. I think it’s pretty good, but I’d like to hear what Gregg thinks of the stuff.

Regardless of what may or may not happen with regard to Erin’s pregnancy, that she is pregnant is an event of note. There was some previous incredulity.

I got my lower 2 wisdom teeth extracted last Friday. The opiate painkiller didn’t really do much for me, so I stopped taking it. Believe it or not… I don’t like being fucked up. Shit didn’t hurt much, but I swelled up like a chipmunk. The worst part is the fucking penicillin; it has been (and still is) destroying my gastrointestinal tract. The pain overwhelmingly eclipses that from the actual surgery. Active-culture yogurt doesn’t help, either.

It’s easy to quit smoking if you never leave the house. I can spend 5-6 hours at home and not want a cigarette. Put me at work–even wearing a nic patch? Fuck. That shit’s not easy. It’s the ritual.

I’m still gonna’ buy that Sig P226 9mm (on second thought, maybe I’ll get the .40 S&W?)… but only after I arrange for Erin to take a gun safety course, which was a precondition to the purchase.

Fake beer’s not that bad. The O’Doul’s Amber is actually quite tasty. When I was in college, I asked my O’Doul’s-drinking uncle, “Why even bother?” It’s the ritual.

I don’t blog about hockey much anymore because there are so many others who perform that task better than I. Here’s hoping the Caps can get into the playoffs; they have a great team. 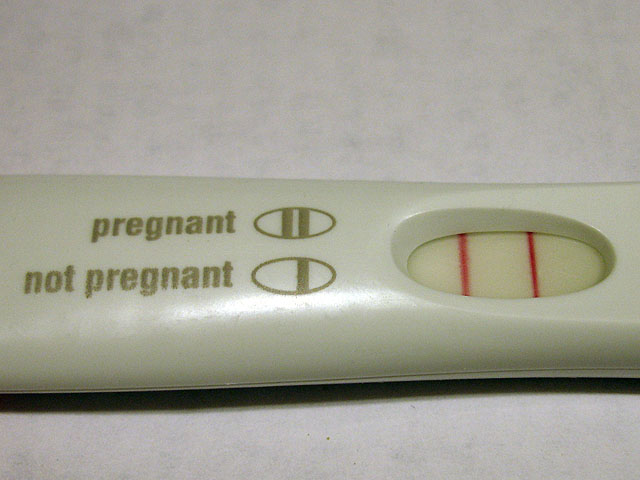 You may call him Alex, but the family and friends call him something else. *shrug* I guess it depends on the circumstances.

Anyway, today is his 37th birthday, and I called him at home down in Tampa.

He hates it when people make a big deal about his shit. Personally, I don’t think a phone call necessarily equates to a big deal… but…

My brother was disappointed that I didn’t make a “Clerks” reference.

Only after he betrayed his unmet expectation did I realize that this particular birthday of his was ripe.

I give it about… hrm… one year and nine months before I post a blog entry about how my brother burned me on my 37th birthday with a well-placed, gut-shot “Clerks” reference about me sucking dick.

Gregg, you’re on deck a mere 6 months after that, bitch!

Dulles Rail Project All but Dead (also)
Are you fucking kidding me? After spending hundreds of millions of dollars already–with construction to begin this coming fall–this bald motherfucker‘s gonna’ take his 900-million-dollar ball and go home? So the D.C. area’s largest and most active airport is going to continue operating without rail service from the city? And people wonder why D.C. area traffic is so horrific.

No licensee or any agent or employee of such licensee shall sell wine to which spirits or alcohol, or both, have been added, otherwise than as required in the manufacture thereof under Board regulations.

Which means anyone with an ABC license can’t serve sangria. Are you fucking kidding me? One astute gentleman comments:

Two very popular cocktails, the Manhattan and the Martini, are mixtures of spirits (bourbon and gin) with wine (sweet and dry vermouth). Are all restaurants that serve these subject to fines and their bartenders jailed?

Sometimes I forget that Northern Virginia is, indeed, part of the Commonwealth. This makes me sad and embarrassed and explains why–when asked–I say that I live just outside of D.C.

Good: Finding $5 in a jeans pocket after they’ve been through the wash.
Better: It happens to your wife.
Best: She immediately hands the money to you.

Bad: The Gators lose the Capital One Bowl in the 4th quarter.
Worse: The Bulls get destroyed in the Sun Bowl.
Worse: Your Mom’s at the game in El Paso.
Worst: Your wife and in-laws are Michigan fans.

Good: The Washington Capitals win a game.
Better: Against the Ottawa Senators, the best team in the Eastern Conference.
Best: They do it again 3 days later on New Year’s Day, and you’re 6 rows from the glass.

Bad: The ring you buy your wife (on sale) for Xmas has a stone that is unexpectedly large; it is, therefore, socially unacceptable… save for Presidential inaugurations or events involving royalty.
Worse: You throw away the attached price tag because it’s a gift… 3 weeks before Xmas.
Worst: That tag is required for any-and-all jewelry returns or exchanges.

For my 10-year anniversary at work, the owners gave me a gift that Erin and I put to good use last night as part of her birthday celebration. We ducked into the limousine around 4pm with champagne in tow for the hour-and-a-half ride out to The Inn at Little Washington, generally considered to be one of the best restaurants in the United States.

I wore a tie. Full Windsor knot, too. We took a few pictures.

After being seated, the sommelier listened patiently to my boorishly uneducated description of our most-favored wine characteristics, and suggested a few wines. I was surprised to learn that he was neither a snob, nor an asshole; he just wanted to help. We ordered the Shafer 2004 Syrah blend named “Relentless” for a paltry $140. Holy shit, that is some good wine! It won our highest rating so far.

Four small amuse-bouche arrived and were consumed almost immediately, and then we ordered our selections from the menu. This was followed by hot goose broth in a miniature tea cup… another appetizer, I guess.

After reading an article in Washingtonian magazine about the scarcity of quality tuna, and the Inn’s chef’s insistence that he serve only the highest grade of this fish, Erin and I could not be denied. For the first course, we both ordered:

Not rabid sushi fans, we are both relatively skilled at discerning shitty-tasting tuna versus yummy tuna. Despite the protection afforded by the chef’s highest standards, however, we cannot say there was anything about this tuna that outright eclipsed the good fish we’ve enjoyed in the past.

We must be retarded or something.

For the second course, I ordered:

Mine was simply phenomenal. I cannot speak for Erin’s judgment (in this post, if ever!), but I tried a little bit of her lobster, and it didn’t want to make me vomit (my usual reaction to lobster)… therefore I can assume that was some good motherfuckin’ arthropod.

For the main course, Erin ordered:

I went full-on-evil, and asked for:

I tried some of Erin’s fish… but it tasted too “fishy” for me, and even she intimated that she was a bit disappointed. At least we learned what bok-choy is. And, I know it’s terribly un-P.C. to even think of veal in a manner other than “oh my gosh, I wish I could help those poor tortured baby cows”, but let me tell you something: Those baby cows are fucking delicious, especially when wrapped in the salted, raw flesh of their barnyard compatriots.

… which was pretty damned good, and I ordered a 16-year-old Glenrothes single-malt scotch… if for no other reason than to tell Gregg that I did so. My was it tasty.

Bellies full–but not distended–we settled the $600+ bill with the generous gift certificate from work, and climbed back into the limousine for the trip home.

Given the entire experience: It was the best dinner we’ve ever had. Now I just need to save up some pennies so we can go back and redeem the remainder of the gift cert.